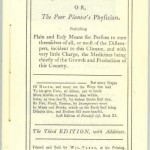 In the 19th century, a  combination of many factors- including literacy and mass produced paper- made it possible for Americans to own and use books.  Among the more popular genres were the home medical manuals.  At this time, Americans also believed that expertise was not limited to experts so, in essence, anyone could treat and cure illness- all they needed was information and medicines.    Thus, there was a proliferation of these home care books and there were multiple editions of the same book- such as Gunn’s manual, as well as a large number of manuals available.  Too, since many had herb gardens or could readily purchase commonly used medicines, many Americans did in fact operate according to John Tennent who published “Everyman his own Doctor,” in 1734 and began the American medical manual trend.

The 1859 edition of Gunn’s Domestic Manual- titled Gunn’s New Domestic Physician or Home Book of Health, was reprinted 29 years after the original.  Much of the information and ideas about disease (for instance Chlorosis) did not necessarily change in the new editions. 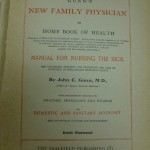 This book, originally called, GUNN’S DOMESTIC MEDICINE, OR POOR MAN’S FRIEND, IN THE HOURS OF AFFLICTION, PAIN, AND SICKNESS, was one of if not the most popular home medical manual of the 19th century.  First published in 1830 by Dr. John C. Gunn, it went through multiple editions- by 1868 it supposedly had gone through 100 editions. Later editions (this one was published in 1901) had color illustrations and treatises on anatomy, physiology, hygiene, domestic economy, and physical culture and was now called Dr. Gunn’s New Family Physician Home Book of Health. This manual show images of plants used medicinally. 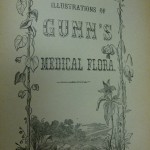 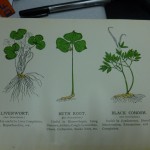 Dr Chase’s Recipes or Information for Everybody: An invaluable collection of about eight hundred Practical Recipes. Published in Ann Arbor, Michigan “by the author,” the 35th edition was published in 1866.  This book also went through numerous reprintings. 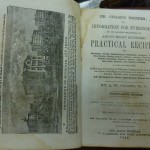 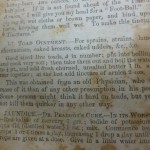 The 250,000th copy of The Family Physician, a Plain, Practical, and reliable guide to the Detection and treatment of diseases common to this country… gives separately , with each disease, the treatment prescribed by each fo the “schools,” and full and explicit directions for nursing the sick, preparation of food for the sick, etc.,  by Dr. H.R. Stout is organized so that individuals could use one section to  diagnose a disease based on symptoms and treat according to the different schools of medicine at the time.  In 1878 homeopathy, hydropathy, eclectic medicine were popular and used as a ready alternative to regular or allopathic medicine, and this book gave individuals treating themselves a choice of treatments.  The book also describes the different preparations of herbs and medicines and how they should be used. 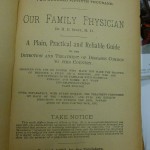 Josephus Goodenough, M.D.’s The Favorite Medical Receipt Book and Home Doctor, comprising the Favorite Remedies of over one hundred of the World’s Best Physician’s and Nurses supplied especially for this work, published in 1904, shows a color illustration of Marshmallow.   This book was another of the many domestic medical manuals available to Americans who had little access to doctors. 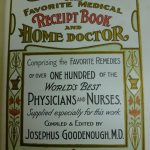 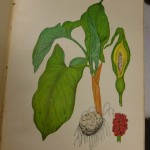 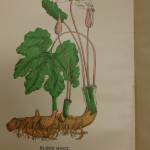